Glowdoodle Installation at Creativity and Cognition

I was at the Creativity and Cognition conference last week in Berkeley, CA, where I did an outdoor installation version of Glowdoodle. The Berkeley Art Museum provided a big projector, a big concrete wall, and a table. I provided Glowdoodle and a whole bunch of light-up toys, glowing things, and reflective stuff. We had a good flow of people coming by to try it out and mingle. Here are some of the great images that were created. 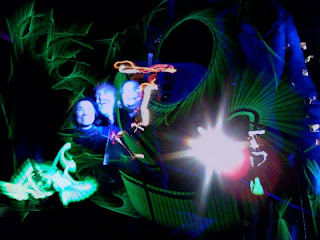 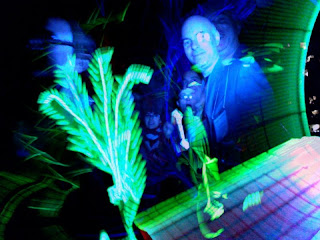 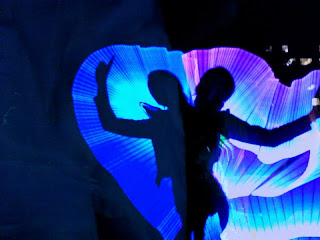 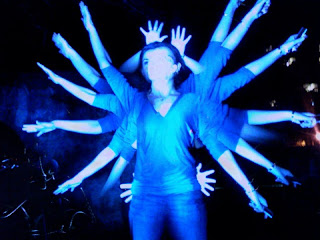 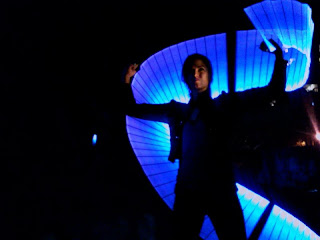 Posted by ericrosenbaum at 5:25 PM No comments:

Jay and I were out in California last week, where we did a Glowdoodle workshop at a Computer Clubhouse. This was the first time we've done a workshop with glowdoodle, so we weren't sure how it would turn out. We brought some glowing things like glowstick bracelets, flashlights, LED toys, and some reflective things like silver tinsel, bits of mirror, bells, and other shiny and colorful stuff. We also had black construction paper, so the kids could cut out silhouettes, and make glowdoodle pictures by waving lights behind them.

There was a magical energy in the room, with the lights out and everybody experimenting and playing as they made intricate glowdoodles. One thing we found was that with USB webcams, it's important to point them toward a nice dark background to get a good result, even with the lights out. The idea of making silhouettes from paper and from bodies took off among several groups of kids, as did the idea of using reflective objects like mirrors and tinsel for sparkly effects. Here are a few examples of the kids' creations. 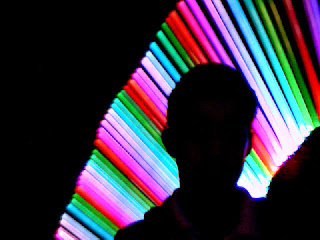 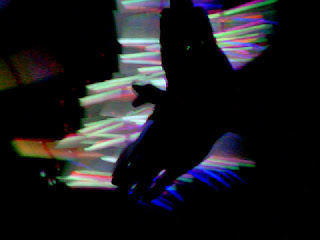 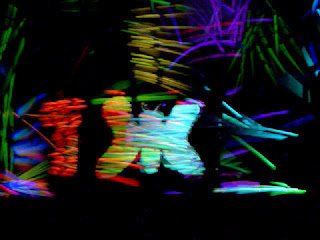 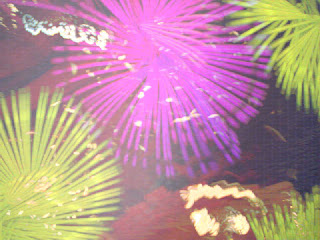 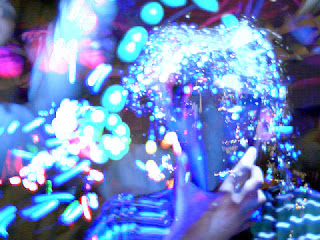 Posted by ericrosenbaum at 11:46 AM 3 comments: